You know what is GodMode in Windows 7 ?

It is one of the major features in Windows 7 OS. In GodMode, we can see almost all the major setting s of Windows 7 in a single window.

Now any one can make changes in the OS directly from GodMode. 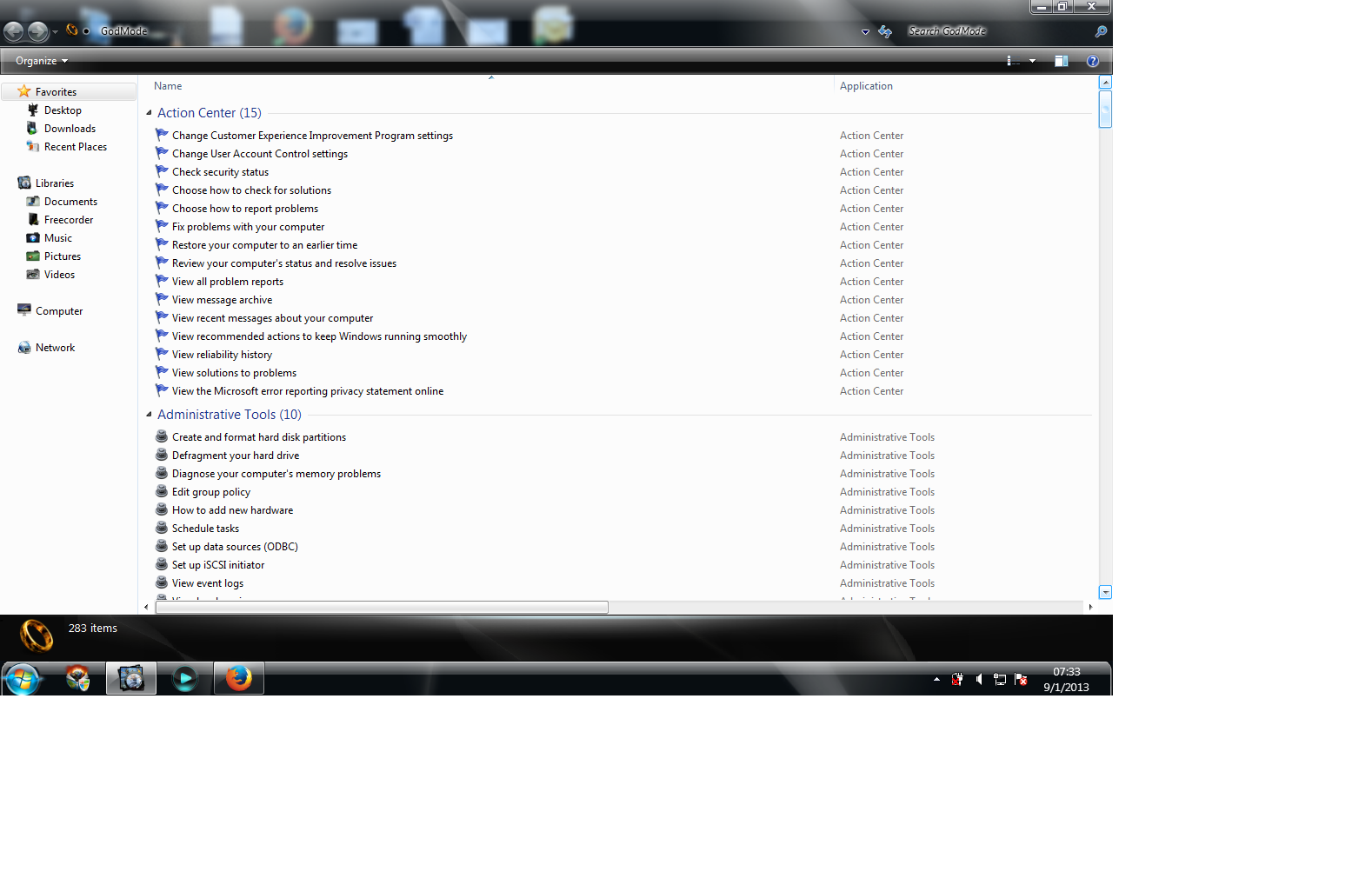 The GodMode is useful for system admins to control the system settings from a single platform.
Posted by Unknown at 07:13